Public Statement to the Community

Cedar Haven Healthcare Center employees represented by AFSCME Council 89 decided to strike beginning on October 20, 2017. Since that time, the Union has voiced its point-of-view publicly. Cedar Haven, on the other hand, chose not to do so, but to remain focused on its mission — to deliver high-quality care to its residents every day. At this time, for the benefit of Cedar Haven, the residents of Cedar Haven and Lebanon County, the County Commissioners and the Department of Health, we want to set the record straight:

Letter to All Employees, July 2017

Letter to All Employees, August 2017

Letter to All Employees, September 2017

1. Care at Cedar Haven continues to be high-quality and claims of diminishing care are untrue:

Our dedicated team of Cedar Haven employees and contracted nurses have worked incredibly hard to continue to provide high-quality care to residents despite many challenges, including sabotage. (Shortly after the walk out, remaining staff discovered that bed-side products were hidden and resident-specific care instructions were gone).  Cedar Haven takes any concerns about the care it provides very seriously, and immediately follows up with staff and residents’ family members.  The Department of Health (DOH) also takes such concerns seriously and investigates complaints without advance notice to the facility.  The DOH received an unprecedented number of calls in one day (during an AFSCME rally) about claimed unsatisfactory conditions at Cedar Haven.  The DOH thoroughly investigated each claim and, even under intense scrutiny during some 6 unannounced visits, only one (putting medication in a hand rather than a cup) was found to need correction.   When baseless claims are knowingly made, valuable time is taken away from the important work done by both the DOH and Cedar Haven.   On Thursday, January 18, local Union representatives attended a meeting of the County Commissioners, during which a number of allegations were made about the care at Cedar Haven. The DOH made an unannounced visit on Saturday, January 20th and found that the allegations were unsubstantiated.   We applaud our team for their remarkable work and professionalism during these challenging times.

Many allegations have been made that “strangers” are taking care of Cedar Haven residents.   Such is not the case.  Indeed, 69 Union-represented employees chose not to strike, 70 more have returned, and 50 other non-Union employees continue to care for our residents.  Almost half of the Union-represented nursing staff is currently working. All striking employees are welcome to return to work if they so choose.

3. Cedar Haven has always and will continue to bargain in good faith with the Union and an allegation filed with the NLRB that Cedar Haven illegally implemented its Last Best and Final offer has been dropped:

In October 2017, after some eleven meetings over several months, Cedar Haven and the Union reached an impasse (an inability to resolve differences) in their negotiations.  Reaching an agreement was frustrated by the Union’s lack of meaningful movement, especially in light of significant cuts in Medicaid reimbursements affecting Cedar Haven’s revenue.  Cedar Haven implemented its Last, Best and Final offer, the terms of which continue to be in place today for the 139 Union-represented employees working and new hires.  The National Labor Relations Board thoroughly investigated the Union’s claim that Cedar Haven committed an unfair labor practice by implementing its Last, Best and Final offer, and such claim has been dropped.   Cedar Haven has always been willing to bargain in good faith regarding the terms of a new contract, and met with Union representatives at their request on December 4th with the understanding that they would be bringing a proposal to that meeting.  They did not do so, but thereafter emailed a proposal that contained little movement and was unacceptable to Cedar Haven.

4. Cedar Haven has always attempted to work with the Union to address challenges and implemented a system to provide more when possible:

While the Union’s story has been one of slashed paid-time off and sky-rocketing health insurance premiums, Cedar Haven’s Last, Best and Final offer provided over $3,000 per year towards each employee’s health insurance benefits, as well as a system to provide paid time off in addition to a guaranteed amount, depending on the revenues and costs of the facility.   Health care and paid time off are both huge expenses for Cedar Haven.  The amount of employees’ paid time off also affected Cedar Haven’s ability to efficiently care for its residents.  Prior to the strike, Cedar Haven was experiencing the first period of operating profitability since its purchase from Lebanon County, providing for an opportunity to restore some paid time off to employees.  The exorbitant costs of the strike, however, will postpone Cedar Haven’s ability to do so well into the future.

5. Allegations about Medicaid and Medicare fraud are slanderous and false:

Union representatives have repeatedly claimed in public forums that Chas Blalack and/or Cedar Haven committed Medicaid or Medicare fraud.  Such comments are completely false and slanderous.  Cedar Haven’s billing, cash collections and use of funds are monitored closely by private and government entities.   Continual oversight by and required reporting to our auditors, the Commonwealth of Pennsylvania and the Centers for Medicare and Medicaid Services (CMS) ensure that Cedar Haven’s activities are proper.  The Union’s baseless comments cast Cedar Haven in a very unfavorable light and affect its ability to do business, including maintaining census of residents and hiring new employees.   We are currently evaluating our legal options regarding this conduct.

6. Allegations about misuse of Cedar Haven funds are slanderous and false:

Union representatives have also publicly claimed that millions of dollars have been funneled out of Cedar Haven into other entities, including Stone Barn Management. Those comments are also completely false.   Stone Barn provides critical services to Cedar Haven including but not limited to accounting, payroll oversight, audit preparation, reconciliation, cash management, budgeting, oversight of all software, hardware and network systems, financial statement generation, analysis and reporting, web-site development and management, social media, marketing and communications, census enhancement and review, and strategy development and implementation.   Some of these services were previously provided to Cedar Haven by the County and Stone Barn’s services have contributed to many of Cedar Haven’s improvements in the last several years.  The fee Stone Barn earns is the customary industry standard and is required by the current federal government backed financing.  Further, a significant portion of the management fees accruing over the last few years and owed to Stone Barn have not been paid by Cedar Haven, but rather have been invested back into Cedar Haven.   During negotiations, Cedar Haven offered to provide Union representatives with audited financial statements which would have clearly set forth this information, under a customary non-disclosure document, but they declined the opportunity to know Cedar Haven’s economic realities.  Additionally, rather than taking money out of Cedar Haven, Stone Barn has loaned Cedar Haven significant sums to address the financial impact of the strike.

7. The Union’s request that the County Commissioners not provide positive references for Stone Barn or Chas Blalack is baseless and seeks only to harm:

The Union’s request, together with the pressure it applied by commenting on the votes they represent, is inappropriate and baseless, for the reasons set forth above.  Once again, the Union’s baseless public comments are damaging to Cedar Haven in the present and to Chas Blalack and Stone Barn’s ability to do business in the future.  Despite the Union’s assertions, there are many objective reasons for the County Commissioners to positively view the results of the sale and the improvements at Cedar Haven.

8. The County Commissioners’ comments about Cedar Haven during their May 17, 2017 “State of Lebanon County Meeting” were accurate:

In that meeting, the County Commissioners gave an accurate picture of the positive changes at Cedar Haven. They shared the good news that Cedar Haven had attained a 5-Star rating (having a 4-Star rating previously), and a deficiency-free survey, as well as providing wage increases and hiring more staff. They also noted that Lebanon County no longer had to support the ongoing losses of the facility, lessening the burden on taxpayers.

You can read more support for each of these points, including other detailed communications that we have distributed publicly over the past few months and a link to the May 17th Commissioner meeting referenced above, on the right-hand side of the top of this page.

Cedar Haven has undergone many changes for the better since the sale in December of 2014, including the continued implementation of electronic medical records, unprecedented wage increases, and the first period of operating profitability in many years.  In 2016, Cedar Haven gave CNAs an average 12.2% wage increase and LPNs an average 12.6% wage increase, and these employees’ wages are above the national averages for their classifications.

Although we had forecasted profits in 2017, because of the financial impact of the strike, Cedar Haven will now have an operating loss of several million dollars for the year. The cost of the strike to date has completely changed the financial performance of Cedar Haven for years to come.  It will not, however, prevent Cedar Haven from continuing to provide quality care to the residents of Lebanon County.  Cedar Haven Union-represented employees continue to return, and we continue to hire new employees and to reduce expenses, especially those related to very costly contracted nursing staff.

Cedar Haven remains a premier choice for skilled nursing, therapy, and memory care in our area.  Under the leadership of our new Executive Director, Steven Zablocki, and with assistance from our vendor partners in Dietary, Therapy and Stone Barn, the committed team at Cedar Haven has remained focused on its mission — to deliver high-quality care to our residents every day.

We welcome any Cedar Haven employees currently on strike to return to work at any time. Please be reassured that Cedar Haven provides a supportive and professional environment for all employees. We have zero-tolerance for any unprofessional behavior at Cedar Haven that does not support our mission.

The above facts refute the allegations that have been made publicly about our facility, staff, and owners and we invite all to learn more about this remarkable skilled nursing facility.

In closing, I would like to thank Cedar Haven employees for their exemplary service to our residents during this challenging period, as well as our vendors who have greatly helped Cedar Haven.  Cedar Haven is a high-quality provider of necessary care for Lebanon County and we could not be prouder of it or more optimistic about its future.  We feel we are better today than we were yesterday, and we will be better tomorrow than we are today.

Letter to All Employees, July 2017

Letter to All Employees, August 2017

Letter to All Employees, September 2017

Thank you for visiting the Cedar Haven website. Please contact us with your questions or to schedule a tour of our facility.

Return to the homepage. 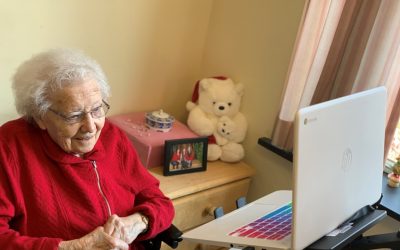 Coronavirus has brought a number of changes to daily life and work at our facility. Visitation has been restricted for several weeks. All staff have their temperatures taken multiple times a day and are screened for any signs or symptoms of COVID-19. Our Resident Care... 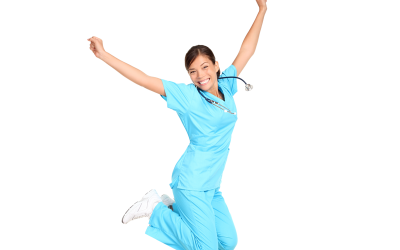 Happy New Year! What are your personal and career goals for 2020 and beyond? Would an extra $10,000 help you to achieve those goals? Now announcing a new $10,000 Sign-On Bonus Program for Registered Nurses (RNs) who join us full-time at Cedar Haven Healthcare Center... 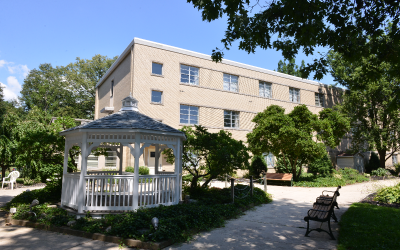