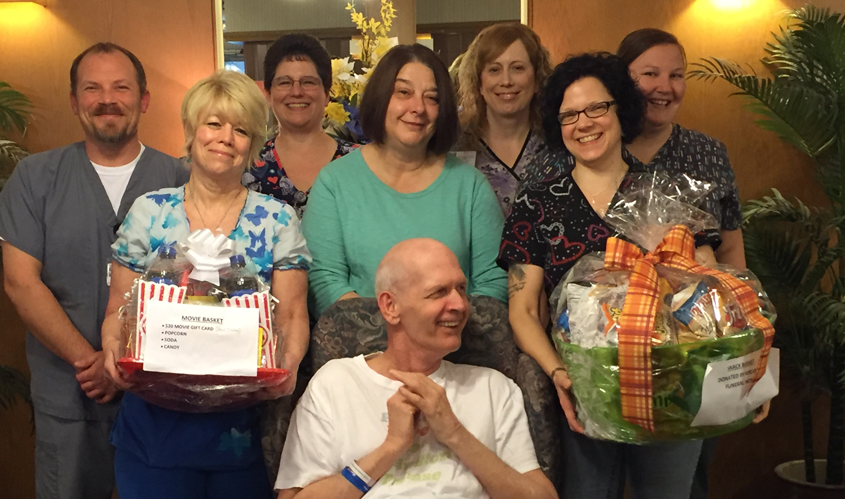 What is the Central Pennsylvania Team Hope Walk?

Tomorrow the Huntington’s Disease Society of America is hosting a Central Pennsylvania Team Hope Walk in South Hills Park, Lebanon, PA. The walk raises money and awareness to support HDSA, which has a mission of improving life for people with Huntington’s Disease and their families.

This cause hits home for one of our resident’s, their family, and our staff.

In honor of team Coach Stefonich, the staff on his floor raised over $750.

Michael Stefonich was the inspiration for the fundraiser. Michael is known as “Coach Stefonich” due to his long-time involvement as a basketball coach in the area. The staff jokes that he knows and remembers everyone. Coach Stefonich even coached one of the doctors at our facility in both middle and high school.

Staff members raised money by raffling off three themed baskets, including a Penn State Basket, a Movie Theater basket, and a Snack basket. Penny Kleinfelter noted that they wanted to organize baskets that represented some of Michael’s favorite things, which is why they chose Penn State—Michael’s favorite Football team. One of the baskets was sponsored by Kreamer Funeral Home. Additional donations were raised by hosting a “dress down” day, in which staff members were asked to pitch in $1 in order to dress down.

Penny explained that this cause means a lot to the staff members, many of whom have also cared for other individuals with Huntington’s in the past.

What is Huntington’s Disease?

Do you know anyone affected by Huntington’s?

Huntington’s Disease is a genetic disorder that affects the brain by causing the progressive breakdown of nerve cells, affecting the ability to walk and talk. According to the HDSA website, there are 30,000 Americans with the disease. As every parent with Huntington’s disease has a 50% chance of passing it on to their children, there are more than 200,000 Americans who are at risk of inheriting Huntington’s disease. That’s a large number of people who can be helped, both now and in the future, by our support.

You can make a donation to support Team Coach Stefonich here: http://hdsa.donordrive.com/index.cfm?fuseaction=donorDrive.team&teamID=6183

You can learn more about Huntington’s Disease and the work that HDSA does to support people here: http://hdsa.org/ 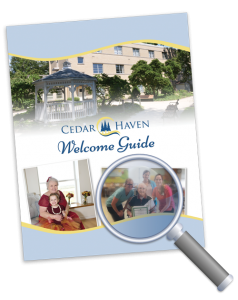 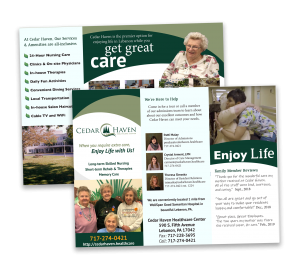